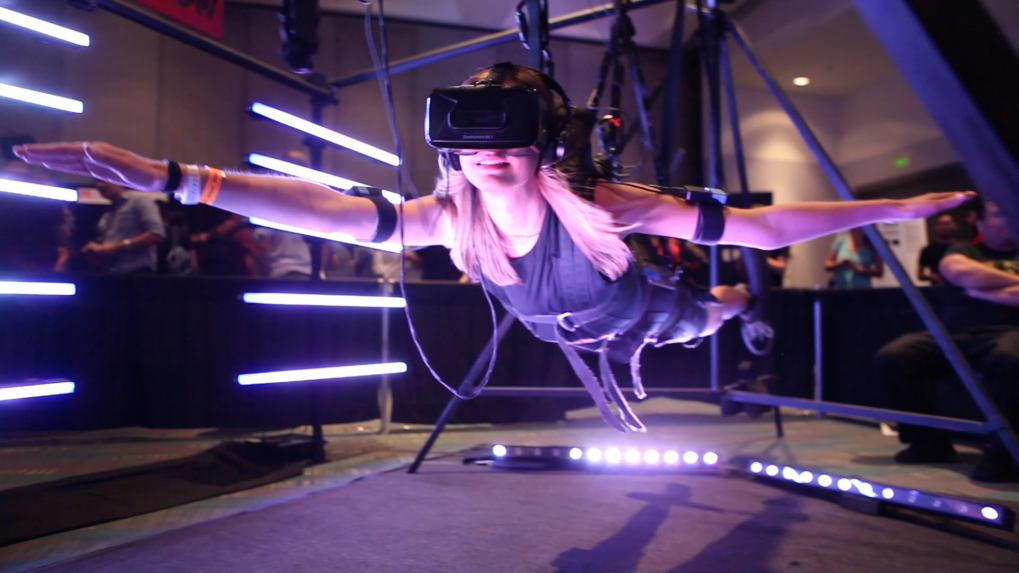 In 2013 when the Oculus Rift was still running it’s Kickstarter and starting to manufacture its first development kit to early adopters, USC student Cosmo Scharf had the idea of starting a meetup group in Los Angeles for VR enthusiasts to come together and share their thoughts on the potential future of this new medium. After receiving overwhelmingly positive feedback from those who attended the first, event which was a relatively small with just couple hundred people, Cosmo planned the first Virtual Reality Los Angeles (VRLA) expo to take place at the LA Convention Center.

The growing hype around VR, AR and Mixed Reality in Los Angeles within its creative tech community has driven the growth of VRLA, which expects about 10,000 people in attendance on April 14th and 15th. The goal of VRLA is to foster possibilities of the new medium with attendees demoing the craziest new experiences being developed by leading companies. It also attracts a global community beyond Los Angeles; from Europe, India, China, Canada and more.

VRLA brings creative minds from various industries to further explore how VR and AR will transform our daily lives — from how we communicate, to how we consume entertainment. Attendees have access to 2 full days of speaker series, educational workshops and networking sessions designed to give professionals and enthusiasts insight into what VR’s top creative minds have learned in the past few years. The workshops generally cover both live-action (VR) and CG (for VR + AR) content creation and the courses will likely be similar to those from previous events but updated to go over how to take advantage of the latest advancements in the technology.

There is a growing demand from brands, tech companies, and creatives (particularly in film, TV, video gameing and digital content production) in Los Angeles looking for talented minds that can help realize the possibilities of VR and AR. VRLA is also not the only organization providing educational opportunities for creatives. Most recently UploadVR announced the opening of their new state-of-the-art coworking space in Playa Vista for VR/AR companies to utilize and collaborate together. Upload LA will also host consistent seminars, speaker sessions and other events empowering more people to create and share immersive experiences.

Besides VRLA, which has grown to be the most popular of all expos for entertainment industry gurus, other events also happen throughout the year such as VRTL Vision VR/AR Summit, and of course the inclusion of VR/AR topics in existing annual events such as Digital Hollywood, DEW, E3, etc. All of these and many more show us that there will continue to be an influx of talent and business in the Los Angeles VR/AR market. If you are at all interested in virtual reality (which you should be!) or have yet to try it, VRLA is without a doubt the place to be.

This year I am definitely looking forward to testing out the Infinadeck as well as StarVR’s new HMD and tracking system. Also, room-scale VR experiences will be very compelling to try (although you might want to get in line early for those demos). Stay tuned for my recap next week of what I get to see and experience over the weekend at VRLA.

See you this weekend!