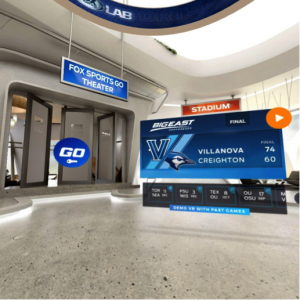 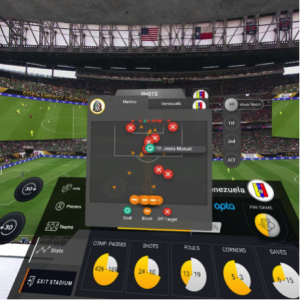 Some of the features include player stats, team information, the ability to switch between multiple vantage points, and even charts showing previous plays which to someone who just barely understands soccer as it is, looks very impressive.

On some games, there is an ‘auto’ feature that switches between cameras to give you the best view based on where the action is. And the virtual billboard brings broadcast quality viewing to the VR experience. 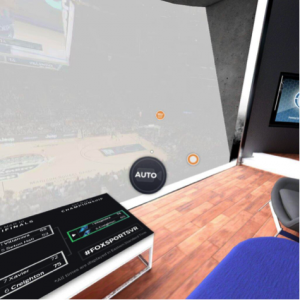 The most interesting feature is the ability to invite your friends to a virtual room where you can watch the game together, live. This is pretty great for friends and family who can’t be in the same room physically.

While live sports is a vertical that many in the VR space are going after, there are still areas to improve on. 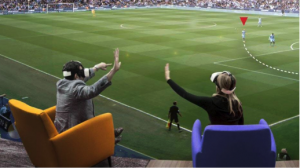 The quality of the video could improve, and I’m not sure of the cadence of games that they are live streaming into the app. While there is a 360° video portion of the app, it is not connected to the games, and the quality is relatively low. 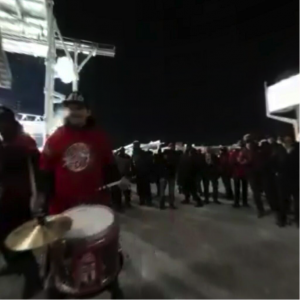 While the features are valuable, I am not sure a sports fan would actually want to watch a whole game in the Fox Sports VR app, other than once for the novelty, and maybe once with a friend. Viewing live sports in a head mounted device is just not up to par with broadcast quality.

I got to try the virtually live demo at the Starters Sports in VR event at UploadVR in SF. The demo, for HTC Vive, started with me sitting in the lobby of a Formula E racetrack. 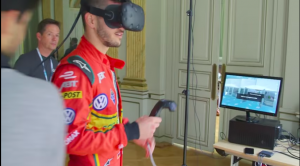 Virtually Live brings live sporting events into the virtual world using the latest in VR to bring fans into the heart of the action in Formula E. Their patented technology creates an immersive VR experience for the fan. 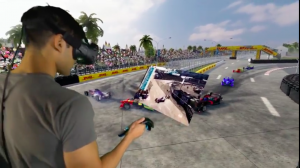 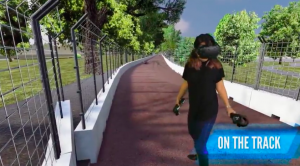 They leverage three-dimensional tracking technology to capture the action as it happens. The captured data is used to recreate the scene virtually in near real-time.

NextVR is taking amazing and engaging content to another level. They have produced a host of programming around the pro sports in the NBA, NFL, US Open and more. 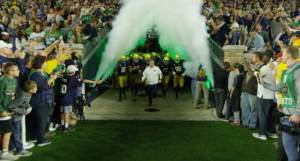 The NextVR experience requires either a Google Daydream View or Samsung Gear VR headset and a compatible phone. While this is how most VR experiences are delivered to fans, requiring an HMD may be contributing to the problem of limited penetration.

STRIVR has been studying and building VR for 20+ years, and we know what it takes to make useful and impactful experiences that drive real-world results. 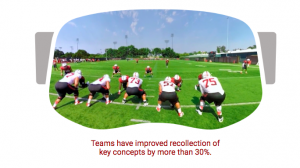 They enable players to practice anytime as if they were on the field, court, ice, or course. The many benefits of training in VR is that it gives athletes unlimited reps in the most realistic environments possible.

Born from Stanford University, STRIVR has used their technology to help star QB Kevin Hogan get his game right to bring home the win for the final 3 games of the season. They have also begun to expand into corporate training solutions as well.

Zeality provides the best end to end solutions for sports and media companies. As a technology company, we focus on delivering VR/360° experiences by using AI and cognitive computing technology.

We want to bring VR to the masses as quickly as possible. By making immersive media available without requiring an HMD, we can focus on opportunities to achieve virality and engagement. Knowing the existing need for social engagement within VR experiences, we created unique, patent pending technologies and features like Re/Lives™ which enables viewers to create and share reaction videos from within VR/360° content. 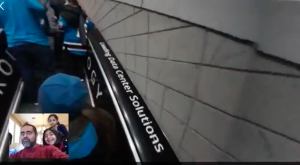 With unique features like Re/Lives, we can bring people back to the content over and over and over again on the most prolific device currently available — the mobile phone. With the option to activate cardboard mode to use with an HMD or just stream directly on a mobile device, we can redefine fan engagement models and drive to results. We are the leading provider of innovative cloud solutions for delivering immersive media content across all connected devices. 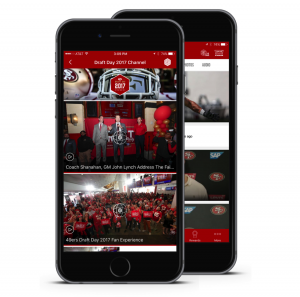 Teams like the San Francisco 49ers and San Jose Sharks have implemented our full suite of products and services to help them define the use of immersive media, determine the value of the medium and develop repeatable, scalable model for using VR and 360° videos inside of their iPhone and Android applications. Download the 49ers app on Android or iOS here.